About the Ives Trail

In early 2003, Danbury City Planner Dennis Elpern recognized the potential for connecting thousands of acres of undeveloped and/or open space areas running through Ridgefield and Danbury (and to eventually include Bethel and Redding), and recommended that the Mayor pursue the formation of a continuous trail and greenway connecting these lands. If it could be built, it was decided to name the trail after one of America's most influential composers and Danbury native Charles Ives (1874-1954), whose music was inspired by the area's natural beauty and whose birthplace is situated in close proximity to the trail corridor.

In June 2003, Danbury Mayor Mark Boughton appointed the Ives Trail Task Force (ITTF) and designated the Danbury Health Department's Environmental Director Jack Kozuchowski as its first Chairman. Kozuchowski applied for a DEP grant and solicited a separate seed grant from the area's regional planning organization (HVCEO) in 2004. The HVCEO funding was awarded in 2004 and the DEP Recreational Trail Grant was funded in 2006. The funding included trail construction, a planning study to lay out the specific location of the corridor and consultation fees to assist the Task Force in engineering the execution of the Trail. The Ives Trail Task Force included designated representation from the Towns of Ridgefield and Bethel as well as conservationists and trail construction experts from the Danbury area.

The ITTF met monthly for 10 years, and with the cooperation of the local towns and residents, secured the final easements needed to complete the trail in fall 2012, with construction of the final trail segments completed in spring 2013. In 2010, when the majority of the trail and greenway had been established, the CT Department of Energy and Environmental Protection recognized the Ives Trail and Greenway as one of Connecticut's officially designated greenways.

The Ives Trail officially opened on June 3, 2006, National Trails Day, when 19 persons became the first to hike the entire trail. Read a description of the first hike.

A second group hike was held on June 5, 2010. Read a description of the second hike.

In consultation with The National Park Service and The Conway School of Landscape Design, a management and maintenance plan for the trail was prepared in 2011. Read the full report.

The Addition of Wiedel Meadows

In 2018, a tract of land consisting of 65 acres of farm fields and forest off Long Ridge Road in Danbury was purchased by the City of Danbury from the estate of Philip and Monique Wiedel for the express purpose of preserving open space with scenic, natural and agricultural value for the enjoyment of the general public. The property, in addition to 108 adjacent acres previously donated for preservation by the Wiedels, contains approximately 50 acres of farm fields which have been identified by the U.S. Department of Agriculture, Soil Conservation Service, as prime and important farmland soils of statewide significance having been actively farmed for many years.

With the acquisition of the land, named Wiedel Meadows to honor its former owners who were ardent conservationists, the Town of Danbury granted access to the Ives Trail Greenway and Regional Association to re-route the Ives Trail from its former path along a half-mile section of road and instead pass between the four contiguous farm fields that were once an orchard.

From the highest most point of the property the visitor can sit on a wooden bench beneath an Oak tree, as the Wiedels once did, and enjoy a quiet, unobstructed view of open meadows and wildlife habitat largely unknown in modern-day Connecticut.

In 2019, the Ives Trail Board engaged the Vermont-based trail building concern, Timber & Stone, to construct a series of stone staircases and introduce switchbacks on the section of trail known as the Canyon area (west of Tarrywile Park) in order to facilitate passage through what had been considered the most difficult and potentially dangerous section of the trail, due to its steep grade and massive boulder fields. Upon completion, the project was considered a great success to aid safe navigation through the corridor without significantly altering the trail's course or impinging on previously negotiated landowner easement agreements. 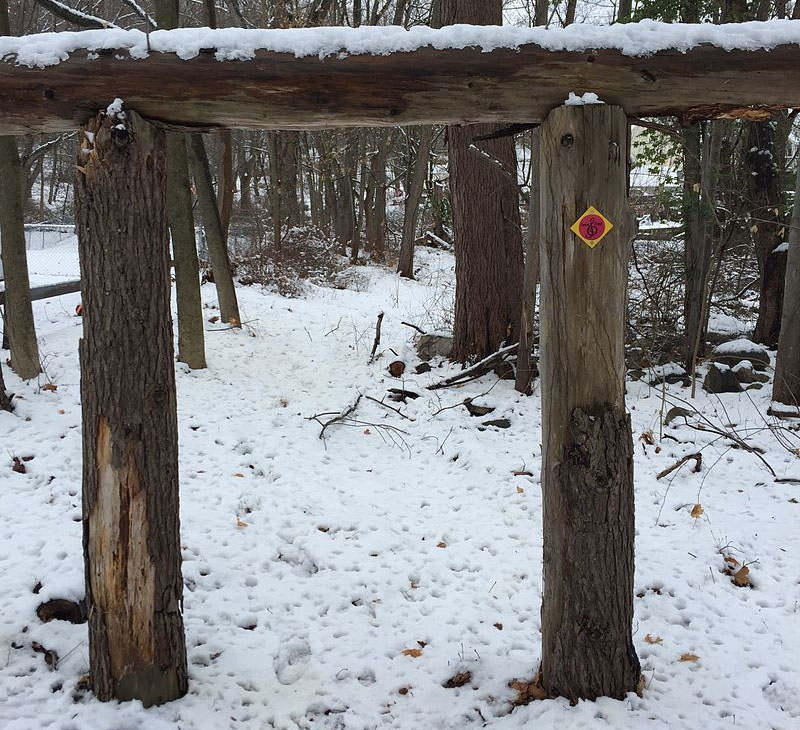 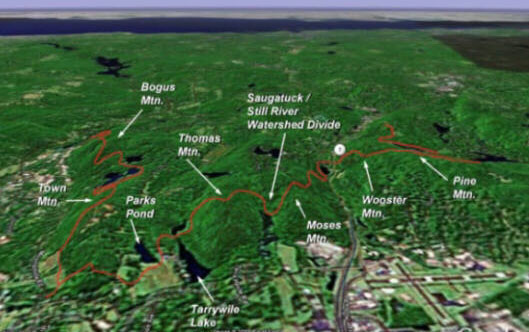 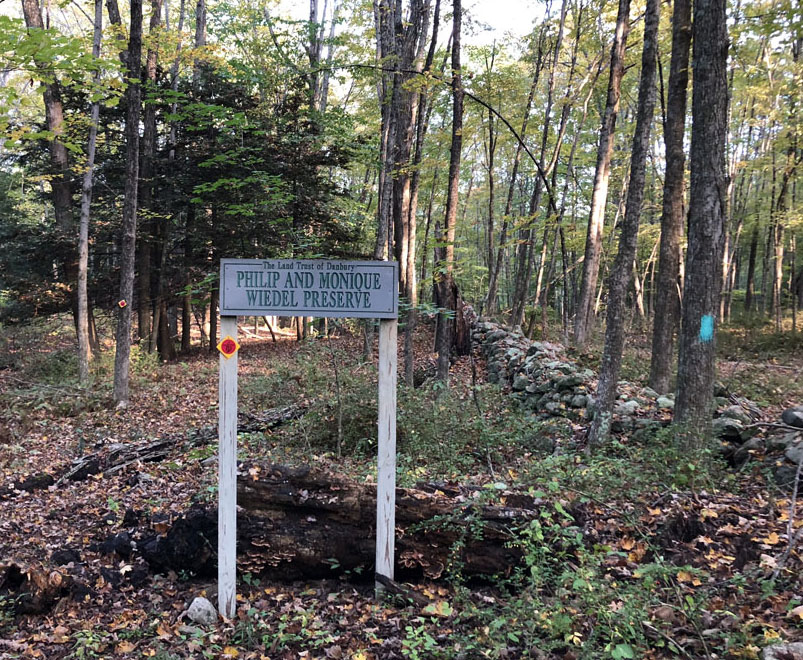 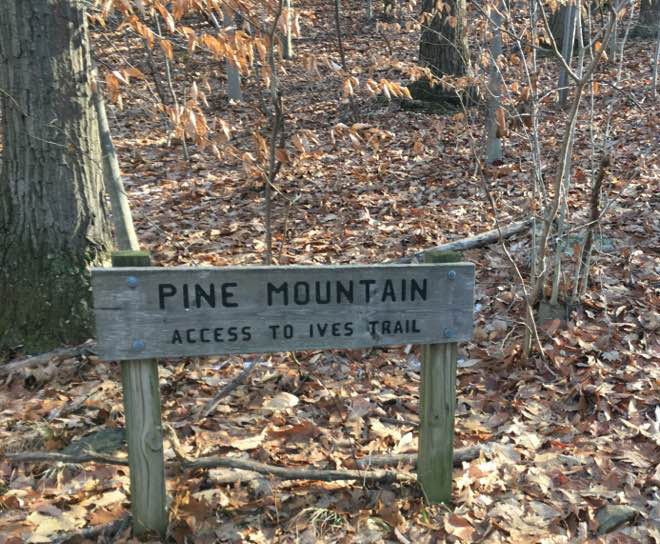 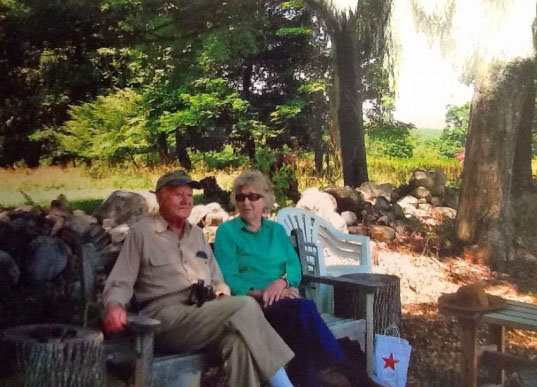